The National Gem and Mineral Collection of the Smithsonian Institute 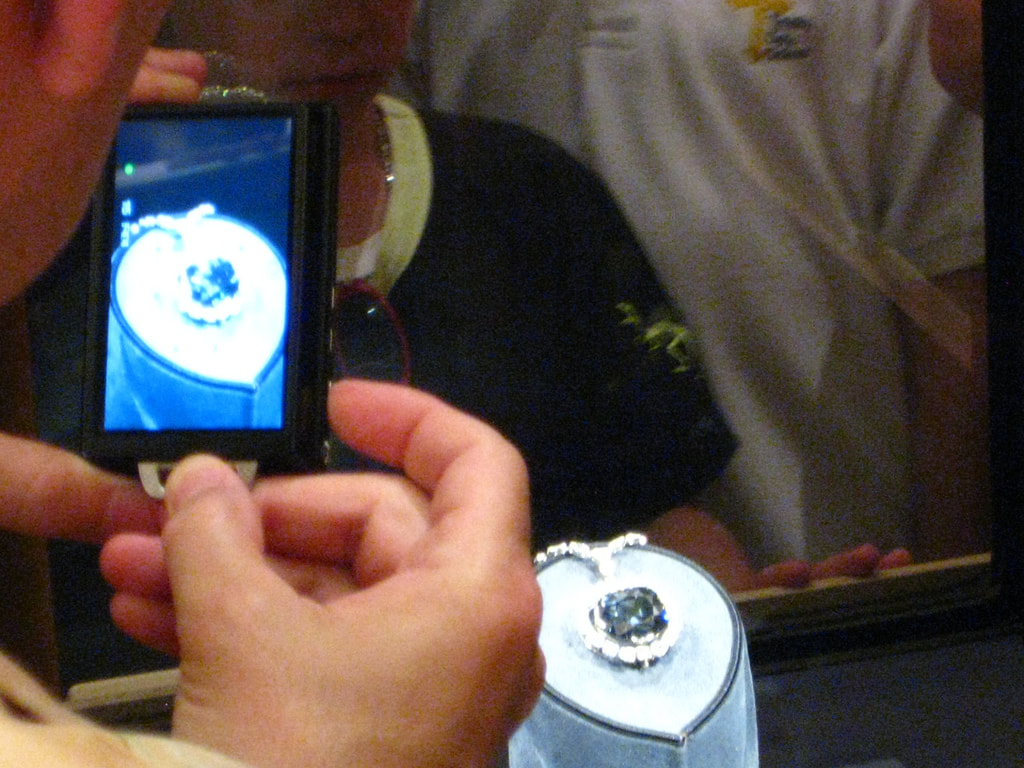 For a gem enthusiast like me, a recent trip to Washington, D.C. represented a chance to visit the ultimate site of worship – the National Gem and Mineral Collection at the Smithsonian Museum of Natural History.

In addition to over 15,000 individual gems, there are over 350,000 mineral samples and over 300,000 rock and ore specimens, as well as approximately 35,000 meteorites. There is a sign that modestly states that it’s considered one of the two finest collections on earth, but I honestly can not imagine any other display that could surpass it.

I suggest that you enter from the Natural History Museum itself and not from the street entrance, because that way, the best is saved for last.

The collection is displayed in the Janet Annenberg Hooker Hall, named for one of the main donors. Other famous donors include Washington Roebling, who built the Brooklyn Bridge, who gave 16,000 specimens to the museum, Frederick Canfield  (9,000 specimens), Dr. Isaac Lea (1300 specimens), and jeweler par excellence Harry Winston, who donated the museum’s most famous piece, the Hope Diamond.

There is something here for everyone, from one who simply appreciates dazzling beauty and fascinating history to the expert gemologist. There are displays highlighting the geology of gems, the vast color array, the different types of minerals, fabulous crystal formations, and different gem characteristics, such as chatoyancy (cat’s eye phenomenon) and asterism (where a “star” appears on the surface of the gem).

There is even a display concerning the atomic structure of diamonds, blown up a billion and a half times!

After meandering through all of these showcases and gaining lots of education, you get to the best part of all: the museum’s most famous specimens. These gems are so famous that most of them actually have names!

They are almost too numerous to mention, but some of the outstanding examples include:

* The Napoleon Diamond Necklace, given by Napoleon I to the Empress Marie-Louise in 1811 - 263 carats total weight

* The Hooker Emerald, which once belonged to a sultan

* The 138.7 carat Rosser Reeves Star Ruby - largest in the world

* And last but certainly not least, the Hope Diamond - magnificent blue-gray mammoth stone. It has a fascinating history that is told on murals behind a revolving platform showcasing the gem.

And now, breathless and dazzled, you’re done, secure in the knowledge that you’ve seen the best collection in the world. If you’re not yet exhausted, I can suggest the Gem Gift Shop, fascinating in its own right.

If you weren’t one beforehand, you will certainly be a gem enthusiast when you leave. You will agree it’s a visit not soon forgotten.
Gay Travelers Magazine
the best cruise & travel news, tips & reviews for the sensible gay traveler