On Coming Out, Self-esteem, and the Love of Being Gay by Curt Solash 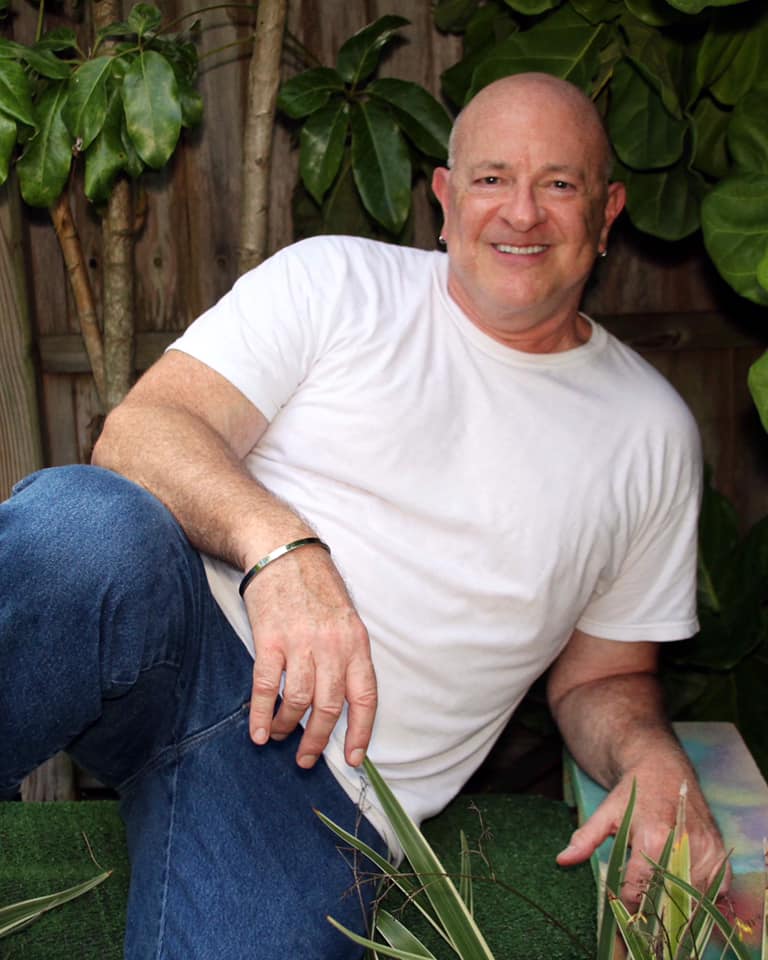 On Coming Out, Self-esteem, and the Love of Being Gay by Curt Solash

I am a gay man. I came out at the tender age of 40. There are many differences, I'm sure, for those who have made peace with their homosexuality at a younger age and notable similarities with men who have done so when I did and later. Yet, everyone's story is unique. Although many gay men will nod with recognition at some of the details, we all have our own individual accounts to tell. This is mine.

It seems, in retrospect, that I have spent almost all of my life searching for self-esteem, the feeling that, at the core, you are a worthwhile, valid individual, not perfect or mistake-free, but really approving of and liking yourself. I have been an intensely social person, perhaps too much so, if that's possible, and I think part of that was seeking the approbation of others because it wasn't coming from me.

My salient memory of my relationship with my parents was their disapproval. I felt loved - always - and received care and attention, and I am coming to see that my parents did the best they could and had plenty of their own difficulties. Isn't this realization part of what they call "maturity'? But I always felt disapproval, a feeling that I wasn't the way they wanted me to be, and I remember constant and regular nagging and cajoling to be "different". I was often told to be more like my brother who was much easier to raise - easy to please, quiet, gray, plodding, keeping all emotions silent and internal.

Feedback from my schoolmates was more specific. I was girlish, a fairy, a fag, not masculine.  The killer was that when asking my parents for support through all this, I received silence, i.e. - they agreed.

Worst of all, I did, too. No matter what I did, I was inadequate and effeminate in my own eyes. Added to the fact that I knew I was attracted to other males since at least age 11. The inevitable truth of  my homosexuality and, therefore, supreme inadequacy, made much of my pre-high-school life a nightmare.

I've made progress in not blaming myself. The times I grew up in (1950's-1960's) and lack of approval from almost everyone were factors beyond my control and as I know now, there is nobody who has ever lived who hasn't had self-esteem issues. But I didn't know it growing up. It helps now, but now is now and then was then.

High school was a social paradise. Somehow, I found a coterie of friends who appreciated my good qualities - intelligence, wit, quirkiness, kindness, sensitivity - and I reveled in their appreciation. It is not insignificant that being so intensely social and popular allowed me to avoid dealing with my sexuality. I was too busy having fun with the "crowd" to deal with myself and I was grateful for it.

But the high school crowd vanished when college and grad school followed. Without a crowd to hide behind, like a beachball that keeps bouncing up, my sexuality kept resurfacing. And I eventually had to face myself.
Having sex with a man - in fact, having sex with anyone -  was out of the question because:

1. What would my parents (whose approval I was still seeking) say?
​
2.if I enjoyed it, I would be hopelessly doomed to a life of furtiveness, desperation, and ultimate solitude. Such was the opinion of many "experts" in the 1960's and 1970's.

In despair, in grad school, I sought the help of the Midwest Sexual Counseling Center, which was located on the grounds of the University of Wisconsin - Madison. I saw a counselor who convinced me that my sexuality WAS changeable and that I could function heterosexually - it was all a matter of will.

I finally felt as if I had threads to cling to, the possibility of a happy, "normal", straight life. The next part of my story is one many other gay men will recognize because they, too, have traveled  the same route. I returned to New York, met my future wife, got married had a son. I believed I COULD have a straight life. Of course, what I was doing was faking my way through, trying to "pass".

In hindsight, I was very lucky on all of this, because my ex is a wonderful person with whom I have continued to be friendly and my son, the joy of my life, is successful, and in may ways, my hero, taking chances and risks that I wish I had been able to at his age. I know some gay men whose attempts at straight marriage and fatherhood have not turned out so well. My son, by the way, is also gay.

Once divorce was decided upon for many reasons, not only the sexual one, I finally got a chance to sample the gay life. There was lots of loneliness, wondering if I'd always be alone, wondering if I had made the right decision for all concerned. I still lied to myself, referring to myself as bi-curious in all the ads I'd answer or put out. It was an interim period of much uncertainty, but also tentative self-exploration, and looking back on it, I can appreciate that it was necessary and even brave, albeit painful.

My turning point came in 1993. I treated myself to a vacation in Key West, a place quite conducive to being comfortable with whomever and whatever you are. I met a good number of gay men who had tried marriage and were fathers. It was a liberating experience to realize that I wasn't alone in what I had gone through.

It was in this wonderful city that I finally stopped lying to myself - no more bi-curious - I was as gay as a blade. And, astoundingly, with that admission came a considerable dose of self-esteem self-respect for perhaps the first time in my life. After a lifetime of wondering how people achieved a feeling of self-worth, it was the ultimate irony that by accepting and embracing something I had been running from - the real me -I finally started to feel good about myself.

Soon afterwards, my new confidence paid dividends. I met my partner and we've been together now for 26 years. I came out to my mother. I found I had no difficulty coming out to friends (most of whom already knew), work colleagues, acquaintances and strangers, if appropriate.

Which brings me to the present.

I still have much to accomplish in my quest for self-approval; indeed, it never ends and it is a journey more than a destination, I've come to see, One area of notable success is having moved way beyond an initial acknowledgement of my gayness - I wholeheartedly embrace it and absolutely love it now.

I cherish being gay and wouldn't change it even if I could. I love gay humor, campiness, perversity, gay icons, my gay friends, and I adore men! I am intensely proud of my sexuality and how it has informed along with many other attributes, whom I have turned out to be. Quite a difference from the place where I started.

I have learned much along the way and although often hard and painful, it is a journey I am ultimately grateful for. It is mine and I am proud of it. I am honored to have shared it with you.
Gay Travelers Magazine
the best cruise & travel news, tips & reviews for the sensible gay traveler