The best Pride celebrations this June 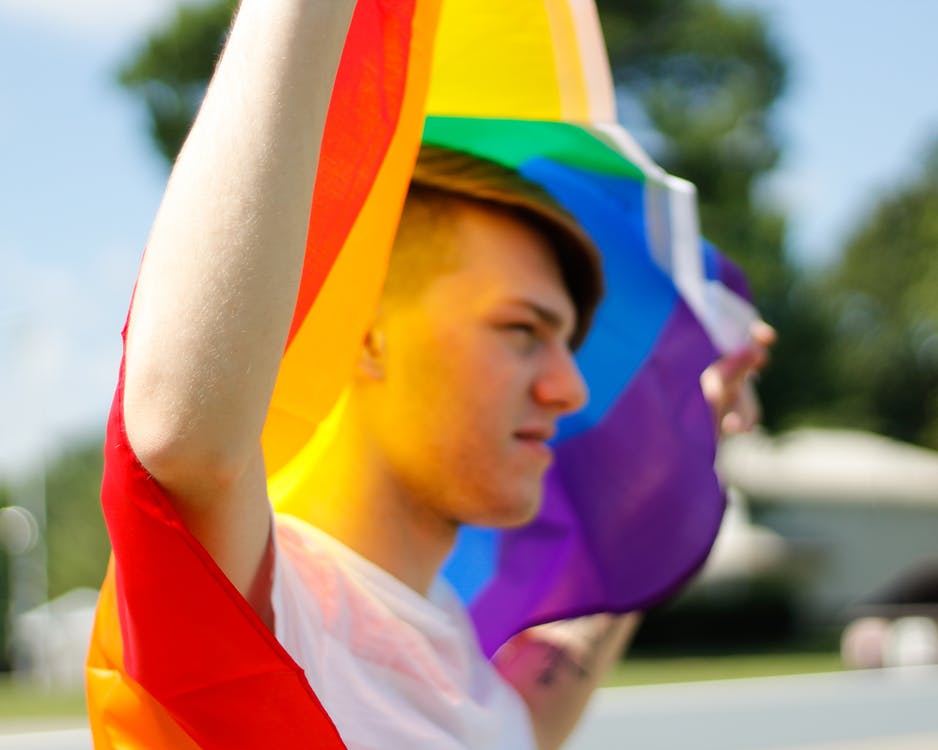 ​Photo by Brianna Amick and pexels.com
The best Pride celebrations this June

St. Pete, Florida
St. Pete Pride, the largest LGBTQ+ Pride celebration in the state of Florida, is celebrating its 20th anniversary this year, with events happening all throughout the month of June including new addition 'Queer-E-Okee' which will be a can't miss karaoke-style event hosted by Queer Eye alum Carson Kressley. Signature events in 2022 will include a Miss St. Pete Pride Pageant, a Juneteenth Celebration, Family Day, and the return of the St. Pete Pride Parade on June 25. The largest of St Pete Pride’s signature events, the parade will take place at St. Pete's waterfront ends with national musical artists anchoring a dynamic mainstage lineup that also features Florida’s most-beloved LGBTQ+ talent.
​
London, England
The United Kingdom’s biggest, most diverse Pride, the colorful Pride in London Parade (July 2) will celebrate the diversity of the LGBT+ community with free events, entertainment, parties and fun-filled activities across the city. Commemorating 50 years since the first Pride took place in the United Kingdom, the 2022 anniversary event will boast more than 300 floats and groups performing, singing and dancing, free performances in Trafalgar Square and the West End and other not-to-be-missed attractions that make London’s Pride world class.

Houston, Texas
The 44th annual Houston LGBT+ Pride Celebration is set to take place June 25, beginning at Houston City Hall and winding through the Montrose neighborhood and other picturesque streets of the Bayou City. The party will continue all of June in Houston, with events like the Official Pride Market (June 5) at Karbach Brewery, Soaked (June 18), the official Pride pool party and one of the hottest events of the summer, Rock the Runway (June 23), an iconic fashion show and more.

Newport, Rhode Island
Newport Pride, on June 24-26, presents a lineup of events and experiences to celebrate the community and promote love, acceptance, inclusivity, and diversity of LGBTQ+ identities. Main events include “Pride on Bikes” a 4-mile loop around town in partnership with local non-profit Bike Newport and a Pride Market & Festival with local vendors, performers & music. All happening on Saturday, June 25th from 11 pm - 4 pm. The weekend will close out with a family-friendly event with live music at Newport Craft Brewery & Distillery on Sunday.

Dallas, Texas
Dallas, home to the nation's sixth-largest LGBTQ population, is bursting with bars, restaurants and neighborhoods that celebrate diversity. Dallas Pride is out and proud with a return to Fair Park June 4-5 to celebrate love and inclusion. Pride weekend kicks off with the Dallas Pride Music Festival on Saturday featuring musical and dance performances on both the outdoor main stage and on an indoor community stage. The Dallas Pride’s Alan Ross Texas Freedom Parade on Sunday. Bring the whole family to these all-ages events, which make for a weekend of fun honoring the LGBTQ+ community, its allies, sponsors and supporters. The festival also features Teen Pride, which fosters a safe environment for LGBTQ+ youth ages 13 to 19 and their friends to enjoy live entertainment from artists and DJs, and other age-appropriate activities.

Corpus Christi, Texas
PRIDE Week in the Gulf Coast Capital kicks off June 3 during the Downtown Management District’s Art Walk where LGBT+ artists and vendors will be showcased. Residents and visitors can expect celebratory events until June 12 including a kickoff party at The Hidden Door, an OUT Professional Mixer hosted by the Coastal Bend PRIDE Center at BUS, a PRIDE Downtown Pub Crawl and more. The Corpus Christi Hooks will be hosting PRIDE Night on June 23 where guests can enjoy $3 off food and drinks and parade Pride flags pre-game before cheering on the local minor league baseball team.

Kansas City, Mo.
Celebrate Pride Month in the Heart of America at the annual Kansas City PrideFest hosted by the Kansas City P.R.I.D.E Community Alliance. The three-day event will take place at Theis Park, across from The Nelson-Atkins Museum of Art, from June 10 to 12. LGBT+ community members and allies can look forward to live entertainment, vendors, food trucks, family activities and more, with the Pride Parade kicking off the day Saturday morning. Admission to the festival is $5 and free for children under 12.

Grand Rapids, Mich.
Join the Grand Rapids community in celebrating the 34th Annual Grand Rapids Pride Festival on June 18. This one-day event has grown to become one of the largest in the city as it unites LGBT+ community members, businesses, allies and organizations together to celebrate diversity and inclusion. Headlining this year’s event is Jax Anderson, previously known as Flint Eastwood, an alt-pop artist from Detroit who has built an international audience. Aside from live entertainment, attendees can look forward to enjoying food and drinks, vendors, dancing and more.

Santa Barbara, CA
Celebrate Pride in the “American Riviera” with the Pacific Pride Foundation. This all day event takes place in Santa Barbara in August attracting thousand from the LGBTQ+ community, ally supporters and families from central California. Each year the event includes a line up of live entertainment, exhibitors, food and activities. The event is open and free to the public.

San Jose, CA
Adding a positive voice to the national inclusion and diversity narrative, Children’s Discovery Museum of San Jose hosts its sixth annual Proud of My Family event on June 4. Visitors will enjoy activities designed to celebrate all types of families, especially LGBTQ+ parents, relatives, and friends. The museum’s Proud of My Family event is one of the few Pride events that is held every year especially for young children and their families. The day includes making rainbow celebration streamers for a visitor-led parade, live performances, exploring the meaning behind the Pride colors, commemorative family photos in front of the Pride flag, and resources from the LGBTQ+ community.

Los Angeles, CA
Los Angeles is home to several major pride events and LGBTQ+ business owners. L.A. Pride is one of the world’s largest LGBTQ+ events and was the first permitted gay parade in 1970, now welcoming thousands of festivalgoers to enjoy performances by LGBTQ+ artists, give back to the community and celebrate together each June. DTLA Proud is another annual event featuring entertainment, art, community booths and LGBTQ+ vendors. Several L.A. locations have also played a role in LGBTQ+ history including The Black Cat, the site of the first documented LGBTQ+ civil rights demonstration in the nation in 1967, and Catch One, a top nightclub that was the first exclusively gay and lesbian disco for African Americans in the country. Today, prominent LGBTQ+ business owners include life partners Niki Nakayama and Carole Iida Nakayama of the Michelin-starred restaurant n/naka and artist Maurice Harris of Bloom & Plume serving celebrity clients such as Beyonce.

Windsor, CA
A brand new LGBTQI Pride Festival, Love Wins in Windsor, will take place on the Windsor Town Green on Saturday, June 25, 2022. The inaugural event runs from 2 p.m. to 9 p.m. and will feature a full day packed with entertainment, food and drink, merchandise and community resources for kids and adults. Admission is free and is open to all members of the community and visiting guests. Attendees to the Windsor Pride Festival will enjoy live musical performances by Wonderbread 5, and more. A Pride-themed street fair will feature local food, beverages, and collectibles. Kids will explore and discover fun, colorful surprises in the “Kid Zone '' as they also learn about inclusivity of their peers and elders.

Captiva, FL
Prepare for 72 hours of sun, fun, live music and the biggest pride pool party of the summer at the first-ever Captiva Pride Weekend from June 3-5! Hosted by ‘Tween Waters Island Resort & Spa, visitors will have tons of fun and drag to keep the party alive. Ticket Holders and those staying at the beachside resort can kick start the weekend with the ultimate welcome party with non-stop drag shows, contests and cocktails. Then, party to DJ Rois at the Oasis pool party with pride drink specials, poolside contests, pop-up booths and amazing drag shows. Keep the night going with the Captiva Pride Soiree with more drag, concerts and a cash bar. What better way to end the weekend than with a bottomless mimosa filled drag brunch and a farewell pool party. It’ll be a pride celebration you’ll never forget!

Victoria, B.C.
The Victoria Pride Festival kicks off from June 23-July 2 in British Columbia’s capital city. The weeklong festivities include a Youth Pride Kick-Off event, Big Gay Dog Walk complete with a doggie costume contents , Pride parade from Johnson Street Bridge, festival at MacDonald Park, Memorial Drag Ball Game, and more. Memorial Drag Ball is a fan favorite and is also Canada’s only Pride event in remembrance for those who passed during the AIDS pandemic. More on Pride in Victoria can be found here and additional details on LGBTQ+ travel in Victoria can be found here.