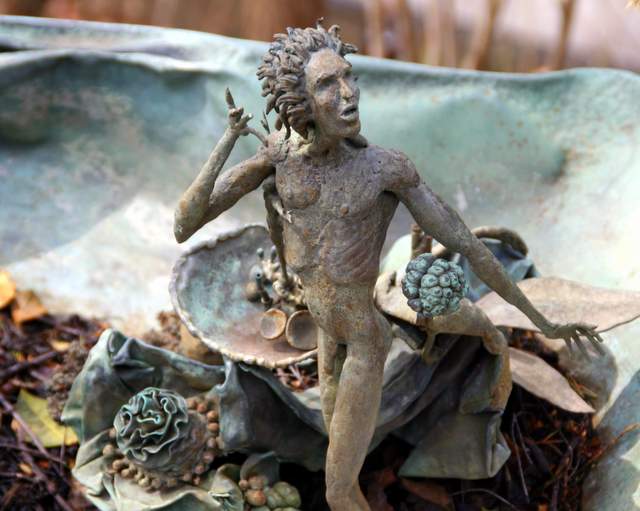 Provincetown – Where LGBTQ+ can be themselves

Provincetown, Massachusetts stands out in history as not only the first place where the Pilgrims landed, it is constantly evolving to accept those who seek refuge, a place to be free and a place to be themselves. We asked locals to give us the inside scoop on the past, present and future of LGBTQ+ Provincetown.

How would you describe Provincetown in one sentence?

From Tony Fuccillo, Director of Tourism:

Provincetown is a place where you feel you can truly be proud of being gay; all LGBTQ+, yes everyone is welcome in Ptown and can be themselves when they are here without any judgment from anyone.

What can you tell us about the LGBTQ+ history of Provincetown?

From Jay Critchley, artist and founder of the Provincetown Community Compact:

Provincetown Fruit: The Outer Edge – Queer in Provincetown presents this idea, exploring the cultural, economic and aesthetic underpinnings of this inimitable American melting pot, layered with race and class and the blossoming of the spirit- as difficult to define as the unpredictable New England weather. The enormous tides that twice wash in and out of Provincetown Harbor extract and deposit the outlandish and the unruly, the pirates and the flamboyant, “confirmed bachelors” and “independent ladies”, and artists, writers and the unwieldy. Otherness.

Many of us are Pilgrims, seekers on a journey, and Provincetown has become a crossroads, off the beaten path, beginning with the Native Americans, and then the English, Yankees, Portuguese, fishermen, tourists, artists and the queer community.

What can we decipher from this buried treasure? Where is Provincetown going? What does it mean to be gay, lesbian, transgender and queer, and an artist and an outsider in a downward spiraling global economy?  What is Provincetown’s relevance?

What can you tell us about the best things for LGBTQ+ visitors to see and do while visiting Provincetown?

Bear, twink, leather, lipstick, tree-hugger or trans everyone is welcome and having fun in Provincetown. Here the hooking up apps of Grinder and Scruff take a backseat to boys meeting boys and girls meeting girls in the pool, on the sand, out at night or on a bike. From the art galleries, restaurants and boutiques in the East End to the dunes, beaches and trails of the West End, no doubt Provincetown provides the ultimate playground for the LGBTQ community all year long.

The biggest challenge for the LGBTQ visitor is fitting all Provincetown has to offer in a week’s time. Where do you start? For many just being on Commercial Street is the happiest of hours. People watching, sidewalk flirting, drag queens on bikes and a John Waters spotting all happens within a few steps. And starting in May through October, 4PM every day, the steps pick up as everyone heads for Tea Dance at the Boatslip. Keep in mind, no queen really shows up before 5. One of the best Tea’s is Sunday’s Solid Gold where a few signature rum punches leads everyone to a sweaty pumping dance floor.

A girl’s gotta eat and that too is no problem as you make your way around town. Yes, you’ll find the quintessential lobster roll, chowder and fried clam bellies at the shacks on Lopes Square but over the last few years Provincetown is developing its own unique culinary scene. Wine and cocktail food bars like Joon Bar, Baie Bar and Strangers and Saints offer an urban culinary sophistication and a cool backdrop for that first date.  And don’t miss Canteen for lunch, some would say the best lobster roll in town. Then there is Liz’s Cafe on the West and Yolqueria on the East for breakfast. No night of dancing and drinking is complete without a slice of pizza from Spiritus. It’s also the last chance to hook up before calling it a day.  I would be remiss if I didn’t mention Lewis Bros ice cream. Best homemade ice cream in town enjoyed any time of day. My favorite is the homemade ice cream sandwiches.
If it’s theater, shows and drag you like it all reigns king here. But the show not to miss is the iconic Show Girls, every Monday night through September. Showgirls is a mashup of a weekly talent show, your favorite queens, celebrity guests and every level of camp hosted by Ryan Landry and members of his acting troupe, the Gold Dust Orphans. Get your tickets in advance at the House of La Rue as most summer nights the show quickly sells out in advance.

Aside from ShowGirls, the other evening don’t miss for townies are Fag Bash at Purgatory on Wednesday and Church at Grotta Bar on Sunday - yes, Jesus, I said Church. Underground dance parties where anything goes and often with a theme.

Adventure on land and sea is yours to enjoy throughout the seasons. The Cape Cod National Seashore is really the Cape’s and certainly Provincetown’s crown jewel. Miles of dune beaches, marshes and trails all within the environs of a natural preserve. Pack a lunch, enjoy your own beach or just get a good workout in. Bike trails through the dunes lead out to Race Point beach and lighthouse.  At night Herring Cove beach becomes the magical spot lit with bonfires. Spring, Summer or Fall are the perfect time to build a fire on the beach, enjoy friends, food and drink at sunset. Do need a permit from the Cape Cod National Sea Shore. Go fast. You need to secure in person 3-days in advance from the Province Lands Visitor’s Center.

And it’s not just about the land, everyone should experience Provincetown from the water. Fishing charters, paddle boarding or kayaking  provide a unique vantage point to see Provincetown’s historic harbor. Aqua Sports behind the Squealing Pig is a good place to get outfitted with board, boat and paddle. Oh, and take the water taxi to Long Point. You can pick it up from Flyers or McMillan Pier. A 15 minute water taxi will take you out to the farthest tip of the Cape where you can spend an afternoon swimming and cruising the very tip of the Cape. It’s not just the last spit of land but some would say it is the new boy beach especially on Sunday. Call to check the schedule as the boat leaves around the hour. Bring everything you need as it’s you, sand and the tides on Long Point. You can also rent sand chairs on the boat.

I am stopping here as I could go on and on…. Thanks for letting me share some of my favorite Provincetown things.

How would you describe the dining options in Provincetown?

From Tony Fuccillo, Director of Tourism:

There are many dining options to fit everyone’s wallet.  If you are looking for a quick snack or clam shack, fine dining, waterfront dining, burgers, clambakes, pizza, international foods or packing a pic-nick lunch, you will easily find it in the over 60 eateries in Provincetown.

Portuguese people came to Town during the days of the whaling industry and their influence remains an important part of the fare; but it doesn’t stop there, there is a pub with Nepalese influence, Asian fusion spots, the best pier to table seafood in the east with more lobster roll varieties than anyone thought existed, and wait, there are seafood tacos too.

Many restaurants have raw bar happy hours in the afternoon with oysters, clams and shrimp for one dollar each. If seafood isn’t for you, there are plenty of vegetarian and locally sourced and grass fed meats on the menus.

From brasseries to tahini you will find your perfect culinary fix in Ptown.

Why is Provincetown such a popular destination?

AND over 95% of Provincetown is sand dunes, beaches and walking trails with a funky little town full of great entertainment, food, places to stay, shops, art, history and culture…but most of all it's the make-up of people who live and visit here: a long time haven for LGBT+ has brought enormous amounts of talent, fun, friendships and a sense of belonging to this little fishing village which draws visitors from all over the planet….not only do you have to go to the end of the road or fly into an airport nestled in the dunes or sail into one of the most beautiful natural deep water harbors in the world you get to experience the wonderful diversity of a small city in a town only three miles long and 1/2 a mile wide.

There is a draw we sometimes describe as magic which captures people and makes them want to return over and over again…a lot of our homeowners came here as visitors and found they couldn’t leave or had to return to stay.

There is no other place in the world like Provincetown…come see for yourself.

Conclusion:
We love Provincetown so much that we were married there.
​
To learn more about Provincetown, visit https://provincetowntourismoffice.org/ ​
Gay Travelers Magazine
the best cruise & travel news, tips & reviews for the sensible gay traveler