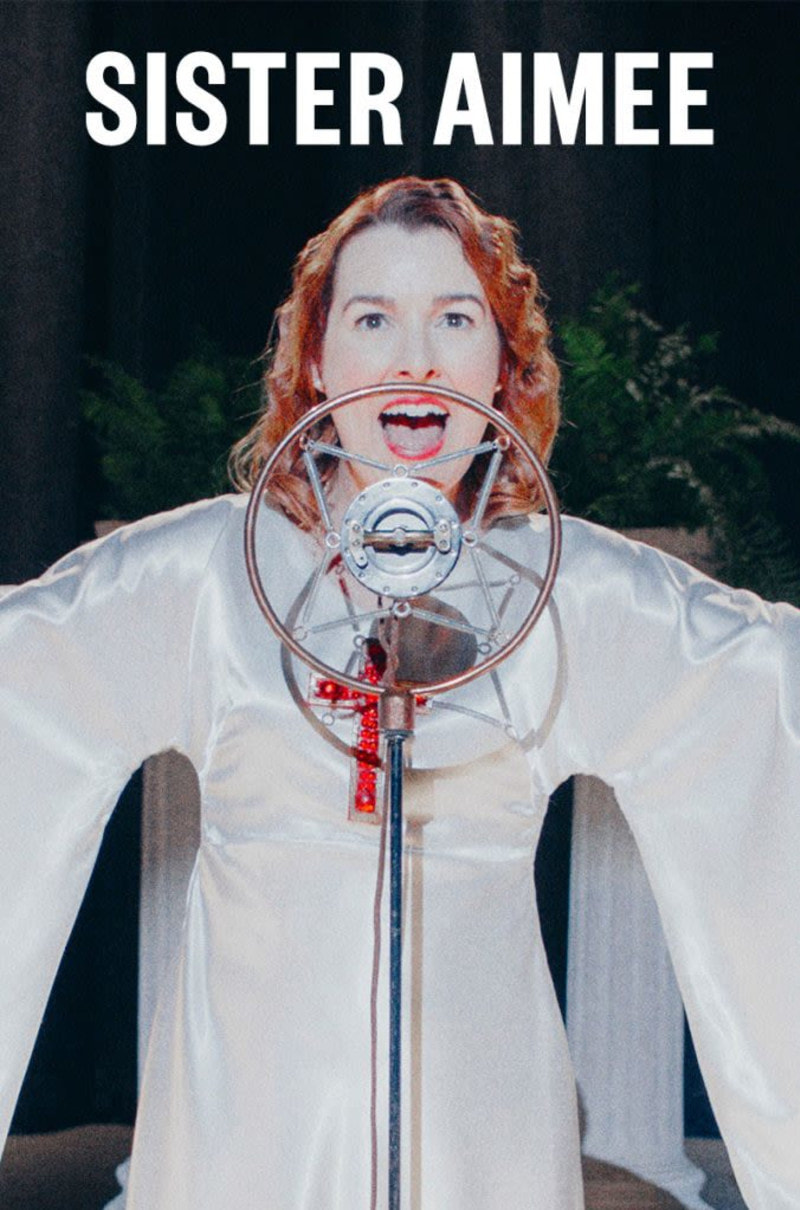 The year is 1926. Aimee Semple McPherson is the second most popular religious personality behind only the Pope. She tap dances, She sings. She makes people in wheelchairs rise and walk on stage in front of thousands of adoring fans. Suddenly, she is gone. The world goes insane searching for her until she appears five weeks later walking across the U.S. / Mexico border. That's all true history. Now, comes the fun part. Samantha Buck and Marie Schlingmann create a romantic adventure that fills in those missing weeks. In their re-imagination, as Sister Aimee runs away from her fame with a married lover, she finds herself involved in the Mexican Revolution and partnered with a Mexican badass lady with a machete.

​SISTER AIMEE is an hour and a half of fun, fantasy and fabulous scenery.