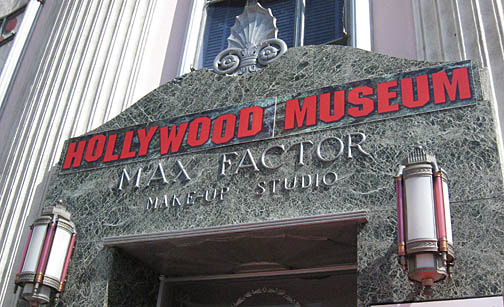 We have been to the Hollywood Museum a couple of times and now they are having a special exhibit featuring the LGBTQ community.  Steve Nycklemoe is the Director and Curator of the Museum and a VERY professional and friendly guy.  We enjoyed meeting him the last time we were there and he gave a private tour of the museum for us.

The Hollywood Museum is thrilled to announce its 2017 salute to the LGBTQ community’s contributions to the entertainment industry. The fourth annual “REAL to REEL: Portrayals and Perceptions of LGBTQs in Hollywood” exhibit, in partnership with Los Angeles City Council member Mitch O’Farrell (CD-13) and LA Pride, is an educational, entertaining and informative retrospective of LGBTQ images in film, TV, new digital platforms – featuring costumes, props, photos, and iconic imagery all telling the story of the milestones and influence that LGBTQ characters and plot lines have had in Hollywood from early stereotypes to modern-day representations. 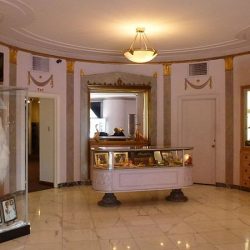 Additionally, REAL to REEL celebrates LGBTQ Icons those individuals and couples who may be openly LGBTQ or not, and who support the LGBTQ community.

“The museum welcomes the opportunity to create and showcase this important exhibition, sharing with the public the artistic expression and extraordinary significance of the LGBTQ culture and its effect and impact on the world through the medium of entertainment,” says Donelle Dadigan, Founder and President of The Hollywood Museum located in the Historic Max Factor Building.

The exhibit revisits monumental LGBTQ moments in history with Rev. Troy Perry, including the Black Cat riots (1967), and on display – the infamous sign that once hung at the entrance of West Hollywood’s Barney’s Beanery. Exhibit highlights include costumes from Transparent, How to Get Away with Murder, The Walking Dead, Empire, Trans America, Sordid Lives, Cruising, Orange is the New Black, RuPaul’s Drag Race, Ray Donovan, Mad Men, Arrested Development, Cabaret,K-11, as well as Cyndi Lauper’s Grand Marshall Costume (Toronto’s Gay Pride parade, 2015. 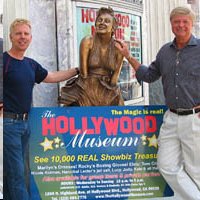 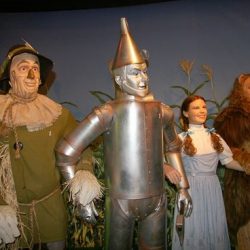 ABOUT THE HOLLYWOOD MUSEUM IN THE HISTORIC MAX FACTOR BUILDING:

See 10,000 Authentic Show Business Treasures spanning more than 100 years of Hollywood history! Located next to the world famous Hollywood Walk of Fame, the Hollywood Museum in the Historic Max Factor Building houses the largest collection of entertainment memorabilia on display in the world. It is home to thousands of costumes, props, photographs, posters, celebrity automobiles and other treasures from some of the most iconic films and TV shows ever made!

See Hollywood legends – past, present, and in the making! The museum attracts thousands of fans from around the world and was recently named one of the top tourist attractions by LA Weekly and by Trip Advisor, and was voted one of the Top 10 Museums in LA by the Los Angeles Tourism & Convention Board. The Hollywood Museum is a 501(c)(3) not-for-profit organization.