When travel to Cuba from the U.S.A. became legal again, we chose to book a cruise from Miami to Havana on the beautiful Norwegian Sky. We enjoyed it so much that we booked a second cruise to Cuba on the Norwegian Sky a few months later so that we could explore more of this beautiful island.

Our "The Vinales Valley - A UNESCO World Heritage Site" tour lasted over 11 hours and allowed us to visit the Vinales Valley, the Guyabita Del Pinar Rum Factory, Finca San Vincente for a delicious meal and the Vegueros Cigar Plantation. Vegueros are farmers who make their own cigars.

As we drove the rural roads of the western Cuba countryside, we saw new cars, classic cars, horse drawn carriages and farmers plowing their fields with oxen. It is like stepping back in time.
Vinales 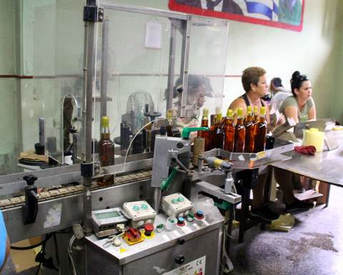 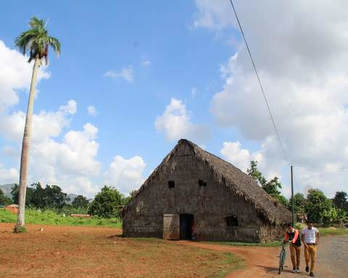 Though the tobacco and cigar creation used ancient methods and their home was small, the farmer and his family seemed perfectly content to be living in their country paradise.
Havana Sightseeing!

The Norwegian Sky docked in Havana. We got through Customs and stepped out of the port terminal right into the Old Colonial District. Old Havana is everything we expected and more - churches turned into museums, Baroque facades, colonial cobblestone streets, wooden brick streets, fortresses, Spanish architecture, pastel-colored homes, laundry hanging from balconies, statues and classic 1950’s era automobiles.

And…the Norwegian Sky stays in Havana overnight allowing guests a day and a half to sightsee.
​The Norwegian Cruise Experience!

For more than half a century, Norwegian Cruise Line has offered more than just the traditional cruising experience.

Their Freestyle Cruising revolutionized the industry by giving guests the freedom and flexibility to design a cruise vacation that meets their own needs and schedules - no fixed dining times, relaxed attire, multiple dining options, relaxed disembarkation, and more lounges, bars, theaters and entertainment and activity options.

There is always an event taking place or a meal being offered and you can choose whatever fits you best.

Our cruise offered all-inclusive beverages. Whether we wanted a soda, a beer or a cocktail, there was never an additional charge.

The staff and crew are well trained, friendly and helpful. It is no surprise to see guests tearfully hugging the employees on disembarkation day.
Conclusion

For more information about Norwegian Cruises or to book your won cruise, visit https://www.ncl.com/

For gay travelers, visit the Gay Cuba Guide for information on gay clubs and beaches http://www.worldincolortours.com/gay-cuba-guide.html

Gay travelers should also remember to join the LGBT get-togethers onboard the Sky.